Trying to calculate pregnancy weeks to months can make anyone quite confused. They don’t match!

In addition, there are different ways to do it and none of them are completely right or wrong.

In this article, we explain how to calculate your due date, pregnancy weeks, and months, and which trimester you are in, and we’ll help you understand the logic behind it. 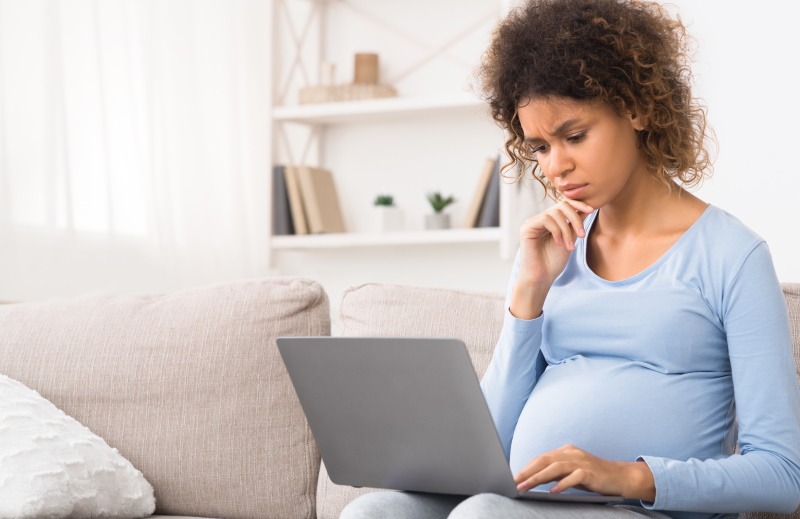 How Do You Calculate Pregnancy Weeks and Months, Due Date, and Trimester?

How to Calculate the Due Date?

Your due date is calculated from the first day of your last menstrual period.

You might wonder why is the start of pregnancy calculated from before you even conceived. The simple answer is, it is the most reliable way to do it because it is almost impossible to know exactly when the conception happened.

This is also where the difference between the fetal age and the gestational age comes from.

The gestational age is counted from the first day of your last menstrual period. However, in most cases, the conception usually happens approximately two weeks later, during ovulation.

The fetal age is calculated from the date of conception. That is why fetal age is usually two weeks behind the gestational age. However, as explained above, because it is usually impossible to know when exactly the conception happened, measuring fetal age is a less precise and common way to measure pregnancy.

How Long Does a Pregnancy Last?

As known, pregnancy lasts for 40 weeks or 280 days. It is also known it lasts for 9 calendar months.

That is where the confusion often happens. If one month has 4 weeks, then 40 weeks must be 10 months, right? Then how can we say that a pregnancy lasts for 9 months?

Well, 4 weeks are 28 days. As you know, every month (except for February) has 30 or 31 days. For that reason, one calendar month doesn’t last for 4 weeks, but instead for 4.3 weeks on average. That is why we say that pregnancy lasts for 9 months, although it actually lasts a bit more, something like 9 months and one week.

How Many Trimesters Are in Pregnancy?

There are three trimesters in pregnancy. Each trimester consists of three months.

The first trimester includes the first three months (1-3) of pregnancy, or weeks 1-13.

The second trimester includes the next three months (4-6) and weeks 14-27.

The third trimester includes the last three months (7-9) and the weeks starting from week 28 until the delivery.

You may have heard about “the fourth trimester“. This is a way to talk about the newborn period since this is truly a new phase for both the baby and new mom.

How to Calculate Pregnancy Weeks to Months?

Although there are some variations when it comes to what weeks belong in a certain pregnancy month, know that these variations are just slight, and neither is actually wrong.

Here are two more common ways to break down pregnancy weeks and months:

None of these two methods are right or wrong. They are just ways to calculate pregnancy weeks and months. On Easy Baby Life, we use the second method (table 2), when going through what happens in all the pregnancy weeks.

How Many Weeks (Months) Pregnant Are You and What Week (Month) of Pregnancy Are You In?

The other confusing calculation is how many weeks or months pregnant you are and what week or month of pregnancy you are in.

It is actually really simple.

For example, let’s say you are now 4 weeks and 3 days pregnant. That means you are currently pregnant for the full 4 weeks (weeks you previously completed) and 3 days (in a current week).

The same goes when counting pregnancy months. To reach a certain month of pregnancy, you need to first complete all the weeks in it fully. For example, if you are in your 5th month of pregnancy, it means you are pregnant for the full 4 months (the months you fully completed), plus a certain number of weeks. After you complete all the weeks in month 5 (4 months + 1/2/3/4 weeks), you will be five months pregnant and enter your sixth month.

To make it more simple and avoid confusion, it is easier to count your pregnancy in weeks only, than to change from pregnancy weeks to months, which is also what health practitioners usually do.

More clear now? I hope so!