Autism spectrum disorder (ASD) has a lot of myths tied to it. If your child has been diagnosed with ASD, or you suspect that your child might have the condition, you may start wondering what is true and not about behaviors you are likely to see in your child.

In this article, we go through a number of autism myths and misconceptions you will most likely meet as a parent. Maybe you already have. We also interview a mom who’s son was diagnosed with ASD at the age of 2. He is now 3 years old. 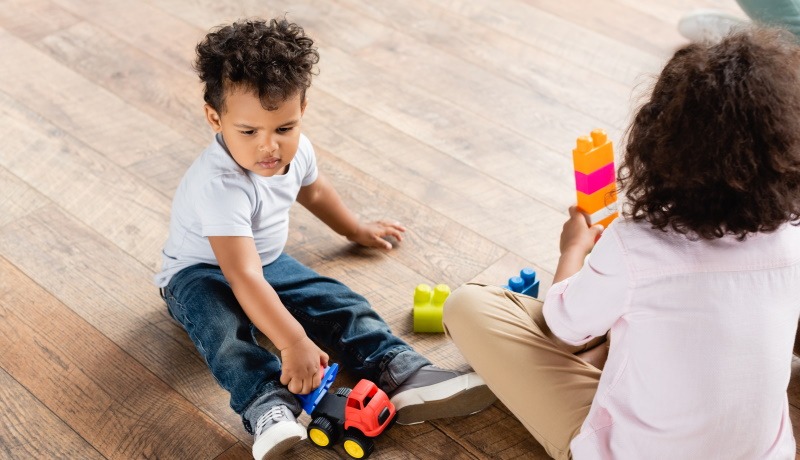 What is Autism Spectrum Disorder?

Autism Spectrum Disorder (ASD) is a condition that affects a person’s way of thinking, feeling, interacting, and understanding with his/her world. It is a life-long disability that a child is born with.

The condition presents itself usually between 12 and 18 months of age or earlier and stays with them for life.

Every person with autism is an individual, and different from every other. Which is why autism is described as a ‘spectrum’. Some myths and misconceptions surround autism, such as the autism spectrum being linear.

People with Autism can display a wide range of characteristics.

Today, we will explore some of the autism myths and misconceptions:

While it is common for children with ASD (Autism Spectrum Disorder) to avoid eye contact and is often considered one of the first warning signs used in early screeners and diagnostic instruments; many children with ASD are comfortable maintaining eye contact but they often miss the social cues eyes give and are not perceived as particularly meaningful or important.

2. Children with Autism have an Intellectual Disability

The estimated rates of intellectual disability are varied and are affected by the comprehension assessments used and the characteristics of the individuals involved. It is important not to limit a person’s educational and social interactions by making assumptions about their intellectual abilities.

3. Children with Autism do not want Friends

Children with ASD feel the same range of emotions as other children do. While there can be differences in interpreting social cues, initiating conversations, and understanding other’s points of view; children with ASD can and often do develop friendships with those who they share similar interest with.

4. Children with Autism do not experience the full range of emotions as everyone else

Research confirms that children with ASD are capable of feeling the full spectrum of emotions. Children with ASD may have trouble expressing their feelings to others or may express them in a way that is not easily interpreted by those around them.

Many children with ASD suffer social communication challenges, and it is not uncommon for them to misinterpret the emotions of others, which can add to the misunderstanding about ASD and emotions.

This associated miscommunication is not a demonstration of lack of feeling; as children with ASD do have emotions, are loving and caring, and can have their feelings hurt just like anyone else.

5. Children with Autism Can Not Show Affection

False! One of the saddest misconceptions surrounding ASD is that children with ASD are not capable of giving or receiving affection and love. As mentioned above, children with ASD feel the same wide range of emotions as anyone else.

Some children with ASD may have difficulty expressing their affection in conventional ways and giving and receiving love from a child with ASD may require a willingness to accept and give love on the child’s terms. This is not always the case, however, and it is important to remember that just like anyone else, children with ASD and the symptoms associated with ASD can vary greatly from one child to another.

6. Autism only gets worse as the child gets older

ASD is not a degenerative disorder. If given the proper care and treatment, children with ASD should and do continuously improve, and their symptoms lessen over time. The earlier ASD is diagnosed, and the sooner treatment starts the better the outcome for the child.

7. All Children with Autism have the same Skills and Difficulties

Children with ASD often share similar challenges in the core areas of social communication, repetitive and restricted activities, and sensory processing, however, ASD is a ‘spectrum condition’, and as such, each child with ASD is special and has different interests and skills. Therefore, it is also important to seek out adapt therapies that help the child with their individual needs.

No two Autistic children are alike, regardless of level

It is common to believe that if a child is diagnosed at a level of ASD (levels 1 to 3) that every other child at the same level behaves in the same way. This is simply not the case. Two children on the same level, at the same age, or same sex can share many of the same symptoms of ASD, but also may demonstrate different strengths and weaknesses within the same area.

Interview with a Mother of an Autistic Toddler

When did you first find out your toddler was Autistic?

My youngest son was diagnosed on his second birthday as being Level 3 Autistic.

It all started when he went in for his 12-month checkup.

They had handed me a piece of paper with questions regarding developmental milestones. As I was filling out the form, my heart sunk a little as I ticked each No box. Little things such as walking or attempting to walk, making sounds, pointing at things, etc. He was not doing any of those things at that time.

I had two older children and knew that not all children develop at the same rate. I told myself that he would probably start pointing at things in a week from now. He also had terrible atopic dermatitis, so his hands and feet were often covered so that he could not scratch himself. I assumed that was the primary cause of his delays.

My doctor at the time showed some concern but agreed that he will get better and just to see how he progresses over the next few months, after all, he was healthy enough and happy.

Were there any warning signs?

Yes. After his 12-month checkup and as the months went by my son started behaving differently.

He used to have no trouble maintaining eye contact with me but slowly that stopped. No matter what I tried, he simply would not look at me and if he did, it was fleeting.

He also started to ignore me and others when we called out his name.

He became awfully quiet and he stopped progressing in his eating. No matter what we tried, we could not move him past the stage of eating pureed foods and he always had to be distracted by something else. If he were not distracted, he would not open his mouth.

By the time he was 2 years old, he had only just started walking 2 months prior. He was still avoiding eye contact, still stuck on thicker purees (no hand foods whatsoever), often ignored you when you called out his name, no attempts at verbal communication. He was quiet most of the time.

He was happy just to sit in one spot holding something in his hand. Often, he would hold a toy car and just touch the wheels of the car. He could do this for extended periods of time.

By this stage and after a lot of research, I believed he had Autism and so I visited my doctor with my concerns, and she referred me to a child development specialist. He was diagnosed within the hour of testing.

Since his diagnosis with Autism, how has he developed?

He is developing wonderfully. Once we learned he had ASD, we made it a point to research as much as possible on the topic, and outside of reading, we would also watch YouTube videos posted by other mothers of their autistic child. I learned a lot of tips for doing this.

We play games together that help him with language and eye contact. If I want him to try to say a new word, I will change the pitch in my voice. For some reason, changing the pitch to a higher frequency helps him want to have a go at saying the word.

Whenever I want eye contact, I always try to get to his level, and I will put on a surprised voice and ask him to look here (pointing at my eyes).

Each child is different, so it is just a matter of playing with them and seeing what really gets their interest, once you find out what interests them the most; you can use that to your advantage.

Don’t be afraid to get down on your knees and chase them. Most children love imaginary games, children with ASD are not much different in this regard.

Thank you so much, Mom, for the interview!

All children are unique individuals wanting to be understood and loved. Children with Autism Spectrum Disorder are no different. Unfortunately, there still exist some autism myths and misconceptions and wrong assumptions on what it means to be Autistic.

If your child does any of the following, consider having them screened as early assessment and intervention is crucial to a child’s long-term success.

Some Early Warning Signs of ASD include:

Parents, what autism myths have you met? Or are there any questions you wonder about? Share by leaving a comment below!