It’s a common tradition in many families to pass down a mattress from one infant to another. While this tradition still occurs, a 1997 study indicates just how harmful this practice can be, and newer research has surfaced which shows similar findings.

According to the latest research, babies that sleep on mattresses previously used by other infants have a higher chance of falling victim to cot death. In fact, as per this research, of the 131 cases of cot deaths, more than half of the infants were believed to be sleeping on used mattresses that had been passed down to them from family members.

The same can’t possibly be said of a gently used mattress, can it? Interestingly enough, the study also revealed that the mattress was more often than not, used previously by babies who lived in an entirely different household.

So, factors such as the mattress coming from another household, the conditions under which it was used, and the number of infants that slept on it, could also play a role in its potential to be a health hazard, and this will be explored below.

If you’re thinking of saving some money by getting a used mattress for your little one, consider the following.

Each year, over 500 babies lose their lives suddenly and this occurrence is often blamed on cot death. Cot death or Sudden Infant Death Syndrome (SIDS) is the unexplainable sudden death of infants who are less than a year old.

Oftentimes, the death remains unexplainable even after a thorough autopsy has been performed and the scene has been carefully examined.

According to a case-controlled study done in Scotland between 1997 to 2000, the use of a second-hand baby mattress can significantly increase the risk of SIDS, especially if the mattress is coming from another household.

The research shows that the risk is more pronounced if the bed was initially slept on by an infant who passed away due to SIDS before the mattress was passed on, or if the mattress was utilized by more than one infant during its lifespan.

The participants in the study were asked to fill in a questionnaire that includes information on infant care practices, such as details on co-sleeping habits on the day and/or night of death. This is in addition to the infant and family’s overall social and medical data.

As believed by some researchers, a toxic bacterium that is feared to be linked with cot death is found on second-hand mattresses.

While the research does reinstate certain points brought out in the initial 1997 study, there is a gap in the evidence that prevents the researchers from wholly attributing sudden infant death syndrome to old mattresses. Suffice to say, the cause and effect relationship between old mattresses and SIDS has not yet been fully established.

But, there’s a valid association between the use of second-hand mattresses and an increased rate of SIDS which parents cannot afford to overlook.

As a parent, this research may seem a tad bit overwhelming. Your natural parental instinct would be to get rid of the second-hand mattress to ensure your infants’ safety. Despite the inability to establish a cause and effect relationship between second-hand mattresses and SIDS, it is advisable to ditch the old mattress and opt for a brand new mattress for your baby, especially if the used one came from another home.

Buying a new mattress would be the best option, even though some doctors have stated that used mattresses are probably not to blame for SIDS, it’s better to be safe than sorry.

Also, be sure to always apply the following requirements by doctors to ensure that your baby’s mattress is safe to use:

1. Mattresses need to be clean:

As a specific requirement, infant mattresses must be cleaned regularly. The suggestion is to buy mattresses with removable and washable PVC covers. The removable covers make it possible to clean the mattress easily and effectively.

With PVC mattresses, each baby born in a house need not have an entirely new mattress. Parents’ ability to wash PVC mattress covers means that they can keep the baby’s mattress clean for longer.

2. Mattresses ought to be sturdy:

For infants, it’s recommended that mattresses shouldn’t be saggy and overly soft. Doctors suggest that new-born babies should sleep on firm and sturdy mattresses. The used mattresses that were found in studies to cause SIDS could have become overly soft over time.

This could be a possible reason why mattresses passed down from one home to another could have been blamed for the cot deaths.

3.Mattresses must be new looking:

While it need not be a spanking new mattress, the mattress must not look dated or aged in any way. Mattresses that show signs of timely deterioration should be thrown away and never reused for infants, as the wear and tear might be a possible health hazard.

4. Babies should sleep on their backs:

For years, elders have recommended that new-born babies sleep on their backs to avoid SIDS. It seems that there is some wisdom to this, as it has been shown to be the safest and most comfortable sleeping position for baby.

Also, your little one’s cot should be free of any soft toys and excess blankets that might accidentally obstruct their breaking. Taken together, these measures can be very effective at preventing cot deaths. 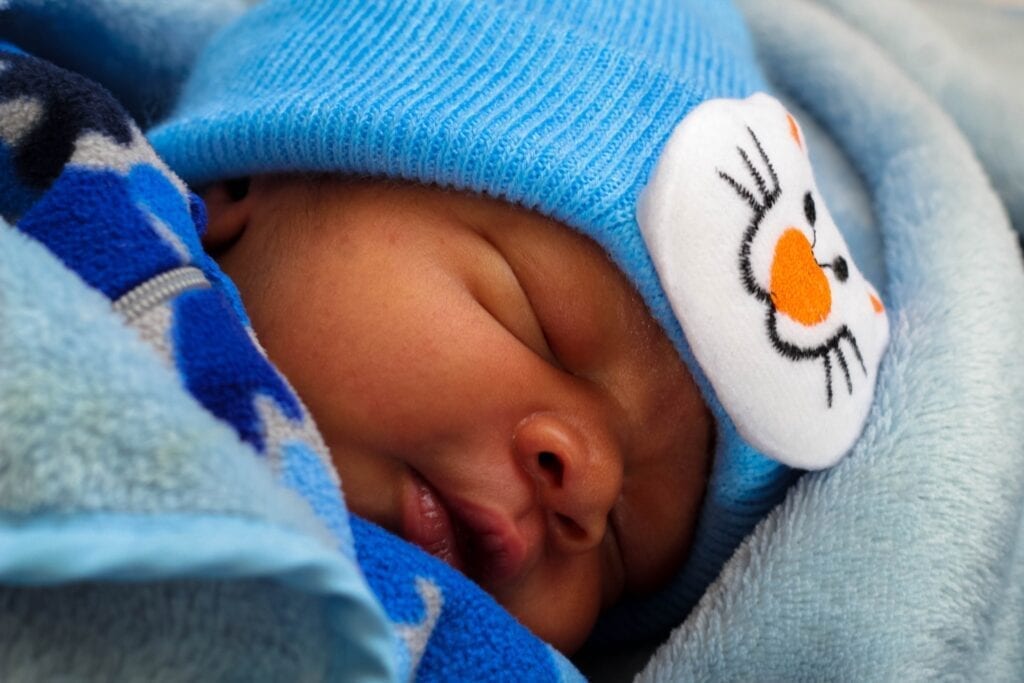 From the research, it’s evident that much of the power to prevent SIDS is on your hands as a parent. Firstly, you must be aware of all the qualities of the particular mattress that you’re putting your baby to sleep on.

Pay attention to everything and be observant when your baby sleeps. Remember just as you would have the best sleep on a good, firm mattress, your baby is no different. Be aware of the type and quality of the mattress that you buy for your baby as well.

Trust us, your baby is a new mattress away from the best possible sleep ever, and you’ll have peace of mind knowing that their chances of going through SIDS is exponentially lower.

This research should never scare you, but should rather empower you to make informed choices when it comes to the wellbeing of your baby.