New Zealand-based brand Cadenshae puts the funk back in functional with its sassy yet sensible nursing bra, The Smoothie Crop. Any new mama donning the custom-printed Crop will enjoy being the talk of booty camp, while still staying connected to what’s important; streamlined functionality.

We all want our kids to be successful. If we could have a guide that was foolproof to raising successful kids, who wouldn’t rush out and get a copy in an instant?

In all seriousness, it would be great but it’s essentially a myth. There are too many variables, however, in saying that we can put them in the right direction and give them the best chance to succeed with these simple factors, that successful parents have in common.

Helicopter parenting can lead to many negative implications that will contribute to lower chances for success of the kids in question. We’re talking higher stress levels in parents, a higher chance for depression in the children, and more.

The result is a protected and programmed child, and then adult. Life skills will be lower than his counterparts, which will result in difficulties when reaching college and in the workforce.

Harvard Business School conducted some research, finding that there are significant benefits for children with mothers who work outside of the home.

“The study found daughters of working mothers went to school longer, were more likely to have a job in a supervisory role, and earned more money — 23% more compared to their peers who were raised by stay-at-home mothers.” // msn.com

The sons also benefited, with a higher tendency to pitch in with chores and childcare. It was all based on the theory of role modeling, as a way of signaling what’s appropriate in terms of behavior and activities. The sooner kids learn that good things come to those who wait, the better. That is the concept of delayed gratification. “Social skills, like cooperation, listening to others, and helping classmates, held strong clues for how those children would fare two decades later. In some cases, social skills may even be better predictors of future success than academic ones.” // babble.com

That was from a study at Penn State University, with the study’s author saying that social skills are basically the key to lifelong success. The way they did it was by tracking more than 700 US children between kindergarten and age 25, finding a significant correlation between their social skills as kindergartners and their success as adults two decades later.

“Those with limited social skills also had a higher chance of getting arrested, binge drinking, and applying for public housing.” // msn.com

5. They Build A Solid Relationship With Their Kids

In 2014, a study of 243 people born into poverty found that those children who received sensitive caregiving (that is, caregivers who responded to their needs and signals promptly and offered a secure base to explore the world), did better on academic tests in childhood and also had better relationships and more academic achievement in their 30’s.

6. They Have High Expectations

“Using data from a national survey of 6,600 children born in 2001, University of California, Los Angeles professor Neal Halfon and his colleagues discovered that the expectations parents hold for their kids have a huge effect on attainment.” // msn.com

This data correlates with another psychology finding called the Pygmalion effect, that what one expects of another can come to fruition as a self-fulfilling prophecy.

Kids essentially live up to their parents’ expectations.

7. They Start Early With Math

In 2007, 35,000 preschoolers were studied to find that early development in math skills can be a massive advantage, later in life.

“The paramount importance of early math skills — of beginning school with a knowledge of numbers, number order, and other rudimentary math concepts — is one of the puzzles coming out of the study” // msn.com

The mastery of basic and initial math skills can be a solid predictor not only of future math achievement but also reading. For more related articles read our other posts:


2020 was off to a great start. Your baby was a napping and sleeping rockstar, and all was well. And then a global pandemic forced people indoors, shuttered from the outside world, many furloughed or even fired from their jobs. If your baby’s suffered from a sleep regression, you’re not alone. While a milestone may not be to blame, a dramatic shift in your family’s routine or heightened stress and anxiety can be the culprit.

What you need to know about sleep regression

Before you panic, sleep regressions are typically temporary. On average, these backward slides last one to two weeks before your baby slips back into their regular sleep routine. Whether developmental or caused by outside factors, your baby’s disrupted sleep during quarantine will not last forever.

So, how are you sleeping these days? Are you staying up late and sleeping in, or are you still on your regular schedule? You may have seen the many headlines about “quarantine dreams,” the phenomenon of vivid, unusual dreams that are afflicting a portion of people across the globe. These dreams are our brain’s way of dealing with having our daily lives turned upside down as a result of COVID-19. And if your sleep is affected by the pandemic, it’s understandable that your little one’s sleep during quarantine is also affected.

This is especially true if your family’s daily routine is markedly different from before. If your baby was used to being in daycare on weekdays, and they’re suddenly at home all of the time, this can affect their sleep patterns, as can their parents heightened levels of stress and anxiety. So, what can you do to help get your little one back into their sleep routine?

Setting a daily schedule—and sticking to it—can help create a sense of normalcy and stability in your home. Even if you’re not working, set your alarm and prepare for your day. Instead of staying up later and later each night, keep your bedtime consistent. More importantly, resist the urge to fall out of routine with your baby’s sleep schedule. Keep naptimes steady, and continue with your little one’s regular bedtime routine to keep them on schedule. The predictability of consistent routines can significantly help your entire family get the healthy and restorative sleep they need.

If you’ve been struggling with a disrupted sleep routine for weeks and weeks, it may be time to consider a sleep coach for baby. I’ve been helping Philadelphia area families create sleep routines that work for them and support their babies getting the rest they require. Schedule a complimentary 15-minute phone consultation today to see if I can help with your baby’s sleep routine. 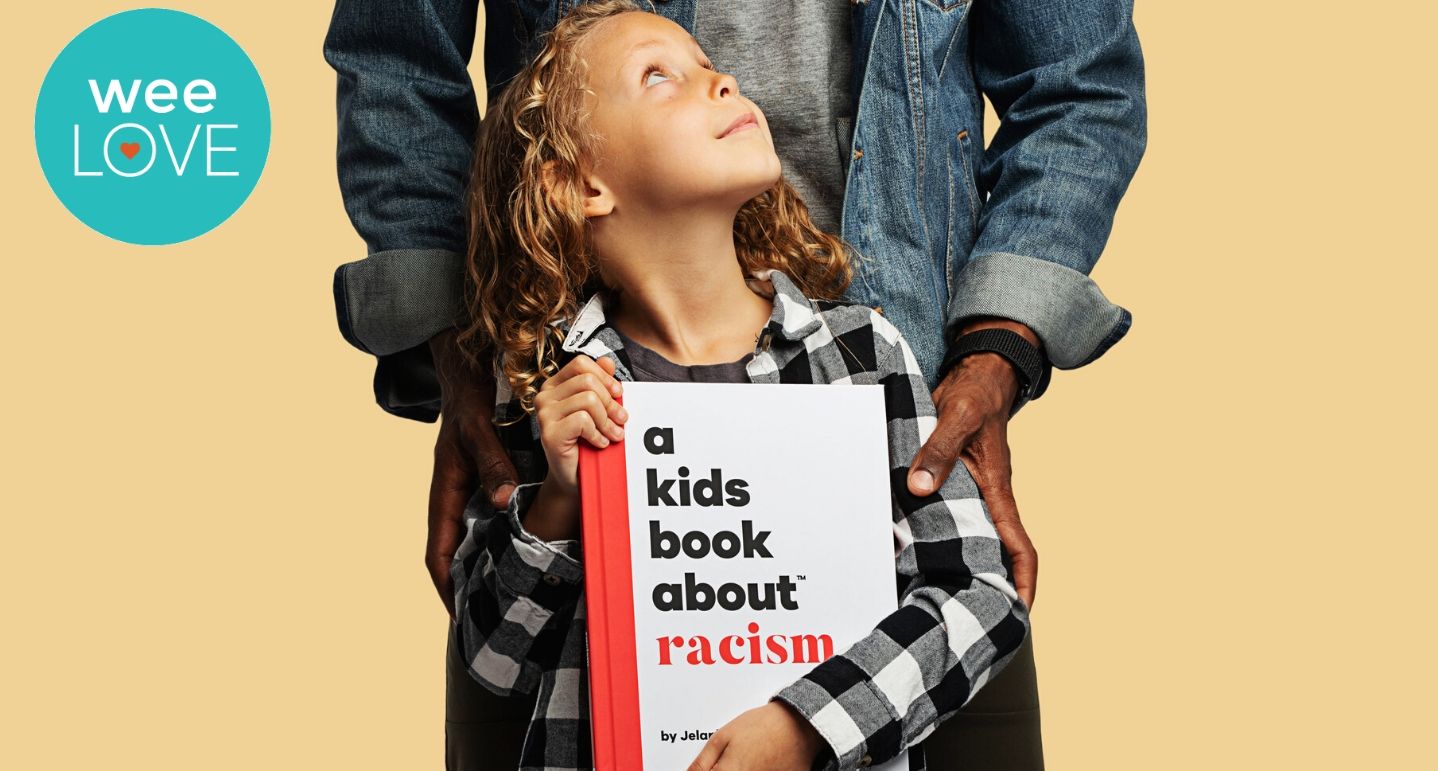 A Kids Book About Racism

Research even shows that babies as young as three months-old are able to differentiate race (Yep, really!), so starting sooner rather than later can actually have a marked impact. And as such, now more than ever, many parents may be asking themselves:

A Kids Book About Racism, by Jelani Memory, equips parents with the words (literally) to have an open, honest, and age-appropriate discussion about racism with young kids. This book thoughtfully explains what racism is, the many ways it shows up in our lives, and how it makes people feel, in language little ones will understand. Jelani writes about skin color, his own experience as black father raising kids in a blended family, and why it’s important to celebrate our differences.

This book is a great way to start the conversation about race, prompt curious kiddos to ask questions, and shape important beliefs and attitudes as they grow.

We also want to acknowledge that we here at weeSpring don’t have all the answers, but are committed to learning from others who may have additional resources that they’re using to help raise anti-racist kids (as well as opportunities to better educate ourselves about systemic racism and how to be a better ally).

As such, we will be continuing to share information, amplify marginalized voices, and listen and learn about how we can better lend our support. If you have any thoughts or resources you’d like to share, please send us a note. We promise to read them all. 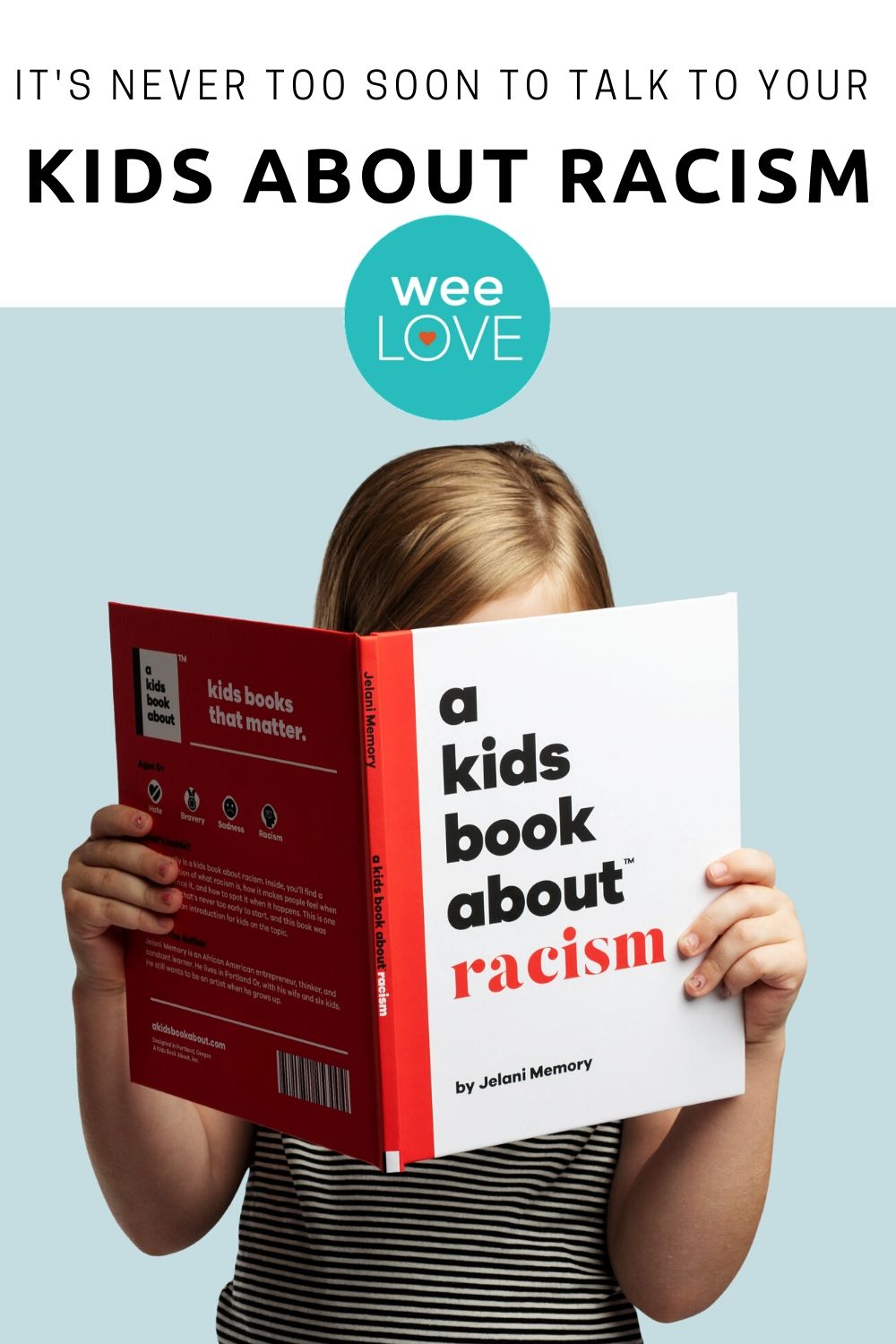